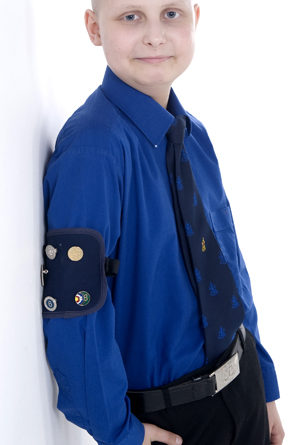 He was taken from his devoted family just 12 months and one week after being diagnosed with a rare cancer. With his parents and brothers at his bedside, Hampshire’s Aidan Outen passed away peaceful at home, aged 12, from a malignant tumour in the lymphatic system.Now, 30 months on since his untimely passing, Aidan’s inspirational legacy in helping other seriously ill children in hospital is becoming clear. More than £12,000 has been raised to buy arts and crafts, toys and games so that patients are occupied during what can be lonely and long periods of treatment and recovery. 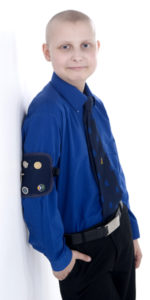 and Emma Outen, both aged 38 and from Emsworth, near Havant, set up Aidan’s Activity Fund in memory of their son, who had a blood cancer called Burkitt’s leukaemia. With support from Aidan’s godparents, Alan and Jane Dabbs, and Aidan’s brothers Jake, 17, and Callum, 21, the registered charity struck a chord with the public.

In the latest donation to the paediatric unit at Queen Alexandra’s Hospital in Portsmouth, and poignantly in the run to Christmas, Aidan’s family handed over a brand-new games console, bean bags, an extra-wide TV and secure storage cabinets for use by teenagers. An unused play room is being cleared to create the special space, allowing teenagers to mix with fellow patients their age.

Alan, a care assistant who is training to become a paediatric nurse, said: “Aidan’s death was heartbreaking, beyond devastating, as any parent with a child will understand. However, our youngest son wanted good to come out of something so sad – his legacy is making a positive difference to children who may otherwise have little to occupy their thoughts during treatment and lengthy stays in hospital. The only time our boy ever complained was if he was bored. The play staff and nurses were great at Queen Alexandra Hospital, providing what they could with limited resources, but it was apparent to us that more could be done through distraction activities. We noticed when Aidan had something to do, he wasn’t as worried or stressed at being in hospital, that the time for him passed quicker. Given that Aidan’s longest stay in hospital was 12 weeks, you can see how important it was to keep his mind occupied, keeping upsetting thoughts at bay.”

Other donations have included portable DVD players, DVDs, a games console and eight Wi-Fi enabled tablets, one for each private room on Starfish ward. The 1st Bedhampton Boys’ Brigade, of which Aidan was a member, raised £900 for games and activities for the hospital following a sponsored 35km walk. In another event, hundreds of pounds were donated with an abseil down the 170-metre-tall Spinnaker Tower earlier this summer.

Alan said: “Yes, Aidan’s death was a tragedy, one we must somehow endure, but a lot of good has come out of his passing. Just as Aidan would have wanted. Christmas is about giving and Aidan has done just that, making life just a little easier for children with cancer.”

The youngster was a pupil at Sharps Copse Primary School, Havant, and had been due to attend Havant Academy. 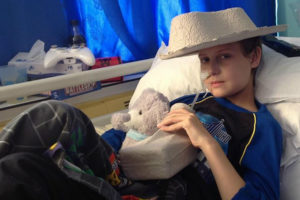